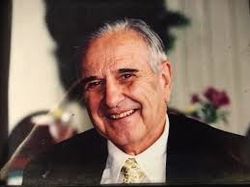 At the age of 8, Nagel began playing the trumpet as part of a school band program. At the age of 13, Nagel performed a cornet solo on a national radio broadcast with the Armco Band. Nagel studied composition at Juilliard with Peter Mennin and Vincent Persichetti, while also receiving instruction during the summer at Tanglewood with Aaron Copland. After graduation, Nagel worked as a freelance trumpet player in New York City, performing with radio orchestras such as the NBC Symphony Orchestra.

As a founding member of the International Trumpet Guild, Nagel promoted the composition and arrangement of new music for brass instruments, especially the brass quintet. Nagel also composed music and formed his own publishing company, Mentor Music, in 1959.

From 1957 until 1988, Nagel was a faculty member of the Yale School of Music as a trumpet instructor. He also taught at the New England Conservatory of Music, Juilliard, the Manhattan School of Music, the Hartt School, the University of North Carolina School of the Arts, and Rutgers University.