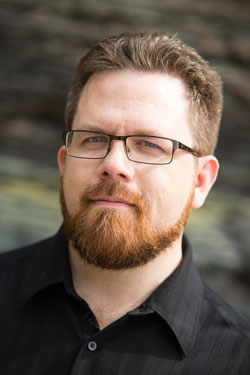 Deemer holds the Doctor of Musical Arts degree in composition from the University of Texas, a Master of Music in composition as well as a Performers Certificate in conducting from Northern Illinois University and an Advanced Certificate in scoring for film and television from the University of Southern California. His instructors have included Dan Welcher, Donald Grantham, Timothy Blickhan, and Jan Bach, and he has participated in individual studies and workshops with John Corigliano, William Bolcom, George Crumb, Melinda Wagner, Christopher Theofanidis, Elmer Bernstein, David Raksin, Jerry Goldsmith, and Christopher Young.

Deemer currently holds the position of Associate Professor and Head of Composition in the School of Music at The State University of New York at Fredonia. He served on the composition faculty at the Interlochen Summer Arts Camp. He is the chair of the NAfME Composition Council, the chair of the NYSSMA Composition/Improvisation committee, and was selected to be a member of the National Coalition for Core Arts Standards Composition/Theory Standards Subcommittee. Deemer holds the position of composer-in-residence with both the Buffalo Chamber Players and Harmonia Chamber Singers.

His works have been commissioned and performed by the Buffalo Philharmonic Orchestra, the "President’s Own" Marine Band, the U.S. Army Orchestra (Pershing's Own), many wind ensembles including those at the University of Texas, the University of North Texas, and the University of Missouri at Kansas City, the Rasçher Saxophone Quartet, loadbang, Akropolis Quintet, Great Noise Ensemble, American Contemporary Music Ensemble, Gaudete Brass, cellist Jeffrey Zeigler, violinists Holly Mulcahy and Cornelius Dufallo, soprano Tony Arnold, flustist Lindsay Goodman, and saxophonists Timothy McAllister and Zach Shemon. He is well known for his writings on New Music Box, Sequenza21, and the New York Times and has become a staunch advocate for women composers and composers of color with his Composer Diversity Project.