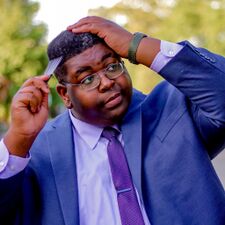 Throughout Earth’s time, many myths about what the ocean contains have emerged. Mermaids, sea monsters and creatures of the unknown are expected to be dwelling under the sea. In 1721, Hans Egede, a Dano-Norwegian missionary, set sail to Godthåb, the largest city on the western coast of Greenland. On this voyage, he observed:

“[the] most terrible creature resembling nothing they saw before. The monster lifted its head so high that it seemed to be higher than the crow’s nest on the mainmast. The head was small and the body short and wrinkled. The unknown creature was using giant fins which propelled it though the water. Later the sailors saw its tail as well. The monster was longer than the whole ship.”

After learning about Egede and his voyage, I realized how fearful the ocean can be and how little we know about it. I began composing Riptides to depict my exploration of the Ocean. The piece begins with a call to the sea and develops into its melody, which is surrounded by a scheme of danger. As Riptides continues, the energy races through this quality of danger and fear, represented by a mermaid call. The piece is built on eccentric percussion instruments such as the conch shell horn, ocean drums and thumb rolls on the timpani and bass drum. Decorated elements such as dissonant textures and glissando techniques are used, differing from any other piece I have written thus far. As the frantic thrill continues to the pivotal point of the piece, Riptides takes a voyage to the deepest parts of the unknown -- of the unfamiliar.