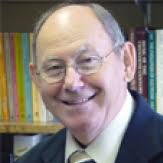 Dr. Wetzel received the Ph.D. in musicology from the University of Pittsburgh, studying under Dénes Bartha, Theodore Finney, and Robert Snow. He joined the faculty of Ohio University in 1970.

Wetzel is also a composer and hymnologist, and his liturgical music is found in numerous denominational hymnals, including those published by the Episcopal and Presbyterian churches and the United Church of Christ. A suite for alto saxophone and piano, Narnia Vignettes; a quartet for double reeds, Sonatina Americana, and Sonatina on American Folk Themes for woodwind quintet, are published by Southern Music.

Professor Wetzel was the recipient of Ohio University's Outstanding University Professor Award and is currently chair of Graduate Studies in the School of Music.