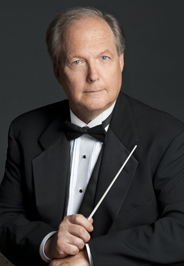 For eleven years, Richard Frazier was on the faculty of the School of Music at the University of Oregon. Since 2006 he has created an award-winning music program at Roosevelt Middle School in San Francisco, where he is currently serving as the director of bands and orchestras. Mr. Frazier has appeared throughout the country as an adjudicator, conductor/composer, clinician, coach, and performer. His former students number in the thousands and enjoy vital, music-filled lives performing in community orchestras and bands, chamber music groups, military ensembles, and professional orchestras, including the Metropolitan Opera Orchestra.

Richard Frazier’s musical experience reflects an eclectic mix of classical, jazz, popular, and folk music, and his musical compositions are a natural extension of this great variety. Crowd-pleasers such as his Emperor Norton March have received many performances by both student and adult concert bands throughout the world, and his brass octet Scenes From a Life was honored by the 2011 Humboldt Brass Chamber Music Workshop Composition Contest.

As a performer on double bass and tuba, Mr. Frazier has appeared in such diverse settings as the Amsterdam Concertgebouw, Chicago’s Orchestra Hall, and folk clubs in Chicago and Houston. He has performed with such celebrities as Andy Williams, Nelson Riddle, Tiny Tim, and Don Rickles (yes, he was insulted), as well as jazz greats Arnett Cobb, Jimmy Ford, Ray Baduc, and the master of comedy and jazz mandolin, Jethro Burns of Homer and Jethro. As a classical musician, Mr. Frazier has played under many renowned conductors, including Sir John Barbirolli, Charles Munch, and Claudio Abbado. In 1978, Mr. Frazier founded a brass quintet, Chicago Chamber Brass, with which he performed throughout the country and abroad for fifteen years, and produced recordings that are still prized by brass players worldwide.