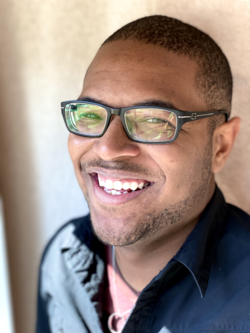 Rhapsody for Brass Quintet is a piece in five movements which can also be played as one continuous sequence, lasting approximately eight minutes.

Written in early 2017, the Rhapsody opens with a somber horn call echoed throughout the ensemble in the first movement, Lament. Moving into the second movement, The Dance, the ensemble begins with a bouncy 5/8 rhythmic pulse, enthusiastically switching between simple and compound meter. In a stark contrast to the second movement, the third movement, A Certain Kind of Hymn, juxtaposes the emotion felt in The Dance with its slow-paced 6/8 chorale in (mostly) four voices. The fourth movement, the Ill-Tempered Fanfare, is a departure from the previous movements with its aggressive duple meter and walls of sound. The final movement, Red Tango, begins with a groove in the tuba, soon after joined by the trombone. Eventually the groove bursts into a complex dance, closed out by a slick glissando in the trombone.