Requiem for a City 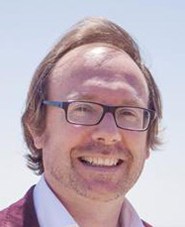 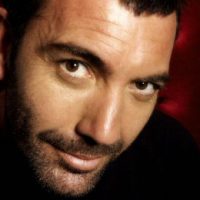 Music is about freedom. All good cultural movements occur on the fringes where new vistas of visions are found and formed into newly created genres. Techno is most definitely an example of this. It is always forward looking, where new sounds, rhythms, atmospheres and ideas are continually being discovered.

In 2014, I was fortunate enough to receive a fellowship from the Australia Council for the Arts. This allowed me the time to work on a wider range of compositional projects and embark on a classical collaboration with Matthew Hindson. We both have a love of Techno, and whatever it is that you define as ‘Classical’. I bring the synthesisers and chords, and Matthew brings the orchestration and an over-arching compositional technique that was a masterclass for me. It was a weekly buzz for both of us to meet up and see where we could go, applying Techno tropes to a wind band.

Requiem for a City is my statement against the lock out laws and the cultural squeeze that is currently occurring in Sydney because of them. After the Imperial Hotel was closed down recently, I felt so sad for the current state of Techno culture in Sydney. I lost my job/income, as did all of the bar staff and drag/ performance artists. Requiem for a City is my humble prayer to a very first world problem. But any music culture is important and should be respected and nurtured. I was trying to capture the joy, melancholy and triumph of the situation.

I have long been a fan of Paul Mac’s work as a composer, DJ and electronic music artist. I have also long been a fan of electronic dance music, dating right back to Ride on Time in 1989. The opportunity to collaborate with one of Australia’s foremost DJs was an opportunity too good to miss, and particularly to write for the centenary of the Sydney Conservatorium of Music in 2015. Paul’s sense of harmonic progression and rhythmic layering is extremely musical. I helped with the large-scale sense of structure and direction. We decided on the orchestration along the way, then I entered it all into notation format and added various subtleties along the way.

This is a unique work in many respects. Apparently there is nothing else like it in the wind symphony world. It’s testament to Paul Mac’s skill and intuition that we chose to write for this most incredible of ensembles, the wind symphony, and great that we managed to create something new and different in the process.