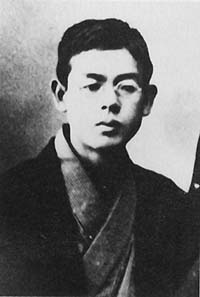 Taki moved to many places during his childhood owing to his father's job. He graduated from the Tokyo Music School in 1901. In the same year, Taki went to the Leipzig Conservatory in Germany for further studies, but fell seriously ill with pulmonary tuberculosis and therefore returned to Japan. He lived quietly in the country afterwards, but soon died at the age of 23.

One of his famous pieces is Kōjō no Tsuki, which was included in the songbook for junior high school students, along with the Hakone-Hachiri. Hana (Flower) is also a well-known song. His posthumous work is a solo piano piece called Urami (Regret), which he wrote four months before he died.