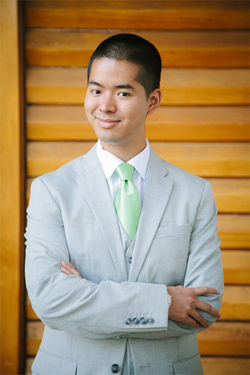 Subtitle: On a Hymn of Martin Luther

In 1517, a man named Martin Luther nailed his landmark 95 Theses to the door of the All Saints Church in Wittenberg, Germany. This seemingly innocuous action kickstarted a movement across the continent of Europe known to us today as the Protestant Reformation. Leading the charge in this movement and bringing together groups of people from all walks of life was a hymn tune, Ein feste Burg ist unser Gott, an anthem written by Martin Luther himself. To this day, Luther's music endures vivaciously as the spirit of the Reformation has. Ein feste Burg ist unser Gott may be heard in the halls of cathedrals worldwide, in the works of composers like J.S. Bach, Mendelssohn, and Debussy.

Reformation Variations is a multi-faceted work for wind ensemble consisting of a series of variations on Luther's tune.

Resounding strikes from a lone hammer rang out through the still morning air as Martin Luther nailed his Ninety-Five Theses to the door of Wittenberg’s All Saints’ Church. The actions of this inconspicuous—but bold—visionary ignited the fervent, turbulent period we know as the Reformation. As numerous supporters joined Luther’s cause, one tune, nicknamed the “Battle Hymn of the Reformation,” united the reformers and carried the movement throughout Germany.

Committed to the idea that each individual voice could create a harmonious whole through communal singing, Luther composed Ein feste Burg ist unser Gott to embrace the diversity of the people’s unique voices. This chorale could take various forms for many purposes, whether celebrating collective successes, promoting unity through collective worship, or standing strong in the face of overwhelming opposition. Reformation Variations seeks to explore the diverse tone and character that this versatile song exhibits as it is followed through Reformation history. To this day, Luther’s music endures vivaciously, as has the spirit of the Reformation. Ein feste Burg ist unser Gott may be heard in the halls of cathedrals and halls worldwide, in the works of composers like J.S. Bach, Mendelssohn, and Debussy -- indeed, even in this very concert hall. What we are about to experience is neither a beginning nor an end, but a continuation—one more voice united in chorale, flowing ever wider from Luther to today and on to the future.