Reflections on a Sixteenth Century Tune 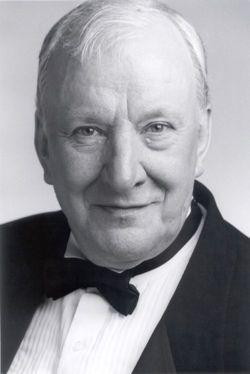 The theme is stated immediately, the first two strains on the high woodwind quartet over sonorous shifting chords in the low sextet, the last four phrases shared between horns and the woods. Variation I is a fleet allegretto in triple time over a rocking accompaniment; it winds gently down to Variation II, an extensive allegro vivo of considerable energy and wit.

Variation III is dedicated to the composer and author, Peter Warlock, a pen-name for Philip Heseltine. In his writings he did much to re-establish interest in Elizabethan music, he championed many composers especially Delius, and he left a handful of compositions, the best known being the Capriol Suite. Bennett’s Homage is a gentle andante in triple time; building in intensity before dying away with the so-called “English cadence” caused by false relations, here, a flattened 3rd and 7th resolving on to a major Bb.

Variation IV is lively and energetic in 6/8 time alternating with three, with a section in 5/8 and 7/8 providing a link straight into the finale. Here the theme is restated, maestoso and loud, broken up by little syncopated canons, gradually moving seamlessly into the dolce cantabile version which we heard in the Prelude, dying away to a unison G.