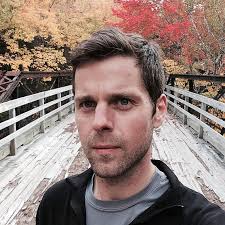 
The title, subtitle and movements are intentionally written the indicated upper and loser cases.

“My middle name is a Confederate monument” looped in my brain for weeks following the Charlottesville protests and attacks in 2017. Is my name a monument? How do I find pride in a name that evokes (albeit obscured) the history of slavery? What can I, a privileged, cis, hetero, white classical music composer from the South, do to contribute meaningfully to this debate? Is there a way for my Euro-American perspective to be an asset instead of an extremely problematic crutch? How do I make art centered around the horrific history of the South without following in the long line of white male composers’ appropriation of other cultures?

I have created a composition about Confederate monuments. Red hot sun turning over: on southern monuments, myths, and histories, is a concert-length multimedia piece for winds, mezzo-soprano, and archival sound and film. Using music, sounds, and images from the Civil War era and the early 20th century, the music erects monuments and tears them down, unearths the complex web of Southern myths, and confronts the nostalgia and pain surrounding Confederate monuments in the South. This nostalgia is at times warm and restorative and at times reflective and critical, and explores the idea that problematic people and events can create beautiful art while examining the razor-thin emotional line between nostalgia and trauma.

“Few proponents of the [Confederate] monuments emphasize their beauty, nor do their opponents focus on ugliness divorced from the meaning of the statues. The argument is not being waged over aesthetics.”

On May 10, 1924, Durham County, North Carolina, dedicated a monument in front of its courthouse to “the boys who wore grey” before an audience that included 60 Confederate veterans. The monument was paid for with public money in the form of a half-cent sales tax. It was one of thousands of monuments to the Confederacy erected across the country in the first few decades of the twentieth century. With the encouragement of the United Daughters of the Confederacy, such monuments went up everywhere: in states that seceded from the Union, states that stayed, and even states that didn’t exist at the time of the Civil War. Their ubiquitous presence in public life has served as a constant reminder of men who fought, and the cause for which so many gave their lives: the ability to hold other human beings as slaves and the concomitant belief that those (primarily) dark-skinned people were somehow less than human.

The statue the citizens of Durham put up wasn’t anything special, aesthetically speaking: atop a generic granite pedestal, a simple soldier in a wide-brimmed hat leaned against the barrel of his musket. A pyramid of cannonballs sat in front of the pedestal and pair of lamps flanked it. The statue was neither beautiful nor ugly; it had no aesthetic and simply receded into the background. In over a decade living in Durham, I walked past it dozens of times, probably, without ever registering its existence. There’s probably a metaphor there about the insidious, structural nature of white supremacy in the United States, the way it becomes normalized and invisible to those, like me, who benefit from it.

In response to Levinson’s observation, can anyone in the twenty-first century begin to aestheticize these controversial, yet strangely banal, statues in marble and bronze? How would a white, cis, hetero man whose great-great-grandfather fought for the Confederacy meaningfully do that? For David Kirkland Garner, the only way to talk about these monuments was to build one of his own: founded on anti-racism, made of sound, while simultaneously trying hard to avoid “writing history with lightning” (as Woodrow Wilson praised D. W. Griffith’s film/paean to the Ku Klux Klan, The Birth of a Nation). Red Hot Sun Turning Over is a huge work, spanning 80 minutes over the course of 16 wildly varied movements which draw inspiration from and quote dozens of different sources. While its structure may be complex, its sense of purpose isn’t. Garner began conceiving the work following the horrific white supremacist led violence at the Unite the Right rally in Charlottesville, Virginia, in August 2017. Notably, the ostensible purpose of that rally was to defend the city’s statues of Robert E. Lee and Stonewall Jackson.

As is often the case in Garner’s music, this piece draws on a wide range of musical references. In the past, quotations and transformations of Bach violin sonatas, Cape Breton fiddle tunes, shape-note songs, crackly field recordings from the Appalachian foothills, or bits of misremembered minimalism have provided an aesthetic scaffold or the germ of an idea for Garner. Here, he uses fragments of music written around the time of the Civil War as tools for commentary, the raw material with which to reflect on the ways in which the legacy of the Confederacy still rings today.

The 16 movements of Red Hot Sun Turning Over fall into four distinct categories: Monuments, Pedestals, Arias, and Interludes. Each arrays its unique set of source materials in a distinctive way, each telling its own story about the past and how we view it. The four movement types are arranged in four cycles, and each type occupies each space within a cycle exactly once. The one common element between them is Anton Bruckner’s Third Symphony (1872), whose grand opening gesture is quoted in its entirety in the first movement. In later movements, it reappears in increasingly condensed and fragmentary ways, providing a unifying guidepost through the piece’s ever-changing musical environment.

The Monuments (movements 1, 8, 11, and 14) are in some ways the simplest of the movement types. As the name suggests, these are musical edifices: blunt, imposing structures, that draw on the massed power of the wind ensemble. After the blaring Bruckner of the first iteration, the final three “Monuments” converts data compiled by the Southern Poverty Law Center on the U.S.’s 1,747 Confederate monuments into sound, a process called “sonification.” The number of monuments erected per year since 1861 are presented as different kinds of rhythmic activity (as percussive hits in one movement, as repeated chords in the winds and brass in another) with small pauses falling between each year. In the fourteenth movement, Garner superimposes lynching data on top of that musical chart. The source data may be mere numbers, but their combined rhetorical weight becomes overwhelming and inescapable in Garner’s interpretation. Instead of regular measure numbers, Garner marks the start of each passing year in the score. As the length of measures/years expands or contracts with the number of monuments erected in that year, as the number of notes starts to pile up, it’s hard not to reflect on the weight of U.S. history: the rise of Jim Crow, the Civil Rights movement, all the work that is still left undone.

The Pedestals (movements 2, 7, 12, and 13) contemplate questions of memory and the ways in which the past can be so easily misremembered. Each of the four movements takes a historic band tune—Monument March (1872) by S. Mazurette, Battle Monument Waltz (1878) by R. M. Stults, Woodman! Spare that Tree! (1840) by W. J. Wakelam and Geo P. Morris, and Hail Columbia (1789) by Philip Phile—and distorts it using various compositional techniques. In the first, the melody is presented in two keys simultaneously over driving post-minimalist accompaniment. The next twists the original tune into a grotesque, ridiculous carousel organ, spinning endlessly and mechanically. The third “Pedestal” dramatically slows down its source to the point where the melody completely disappears into a wash of warm ambience. And Hail Columbia, the U.S.’s unofficial national anthem throughout the nineteenth century (and current anthem of the Vice President), is flipped and reversed, sliced and diced, until it is entirely rewritten, its original connotations transformed into something unrecognizable.

For the Arias (movements 3, 5, 10, and 16), Garner calms the music down some, adding in a mezzo soprano who sings lyrics from four songs written during the Civil War: The Vacant Chair (1861) by George Root, Beautiful Dreamer (1864) by Stephen Foster, Weeping Sad and Lonely (1863) by Charles Carroll Sawyer, and Shall We Gather at the River (1864) by Robert Lowry. Garner jumbles fragments from their lyrics semi-randomly to create songs that sound both surreal and misremembered but whose core character remains intact. So these are hymns, songs, odes to those who never came back from the war, recollections of a time long gone that occasionally approach what Garner calls “the razor-thin line that can exist between nostalgia and trauma.”

The Interludes (4, 6, 9, and 15) are in many ways the most unusual movements of the piece but also its most critical. Through the rest of the piece, the voices of individual people are hidden in the background, only speaking in translated or mediated forms through the breath of a saxophone or singer’s words. But in the “Interludes,” historical individuals -- African American prisoners working on farms throughout the South in 1939 -- are allowed to speak and sing for themselves. Garner describes these recordings, made by John Lomax during the Federal Writers Project, as “at once a true treasure of African-American history and also an emblem for the racist manipulations, suppressions, oppressions, and erasures performed by white, European and American men.” Lomax’s techniques in presenting these recording, as described in historian Catherine A Stewart’s book Long Past Slavery, were intensely racist and trafficked in fairly vicious shorthands, depicting the musicians as simultaneously childlike and dangerous. In these movements, Garner is commenting directly on that stifling of black voices. Throughout, the field recordings play underneath a woodwind quintet, which responds to the recordings and imposes a certain kind of (implicitly eurocentric) musical understanding on top of them. The quintet even attempts to alter the very sense of time itself, dictating a particular kind of rhythm and meter to songs that want to float much more freely.

Red Hot Sun Turning Over is a decidedly political work. But it is also, fundamentally, a piece of music, an aesthetic reaction to the politics at hand. The commentary is layered within rich harmonies, lustrous timbres, and compelling lines. Unlike the monuments of metal and stone whose ugly history it critiques, Garner’s aural monument is defined by its beauty.

Which brings us back to that too easily ignored Confederate monument in downtown Durham. While I may not have noticed it, many people clearly had, and its presence grated, a constant reminder of the state-sanctioned structures of white supremacy. Suddenly, one day, it became unavoidably visible to everyone in town. In August 2017, just a few days after the horrific violence in Charlottesville, a crowd of protesters pulled the monument down. Despite only dropping about ten feet, the statue’s hollow bronze figure crumpled immediately upon hitting the ground. Its legs twisted at an impossible angle, its musket kinked and barely recognizable. The soldier’s face completely disappeared inside a now-dented hat. It looked like a cross between Dalí’s melting figures and Robert Longo’s endlessly contorted dancers. Only the soldier’s hands retained their original sense of purpose, clutching the barrel of his musket, desperately clinging to some romanticized view of the Confederacy’s lost cause. Somehow, only in this moment, in this crippled, plicated form did the statue become beautiful. The act of its toppling, and the impetus behind it, transformed the statue into an aesthetic object, a work of art. There’s probably a metaphor in there for the fragility of white supremacy in the United States, its hollowness, its vacuousness, the way it makes a commotion and demands continual attention only to reveal that there is nothing inside it.