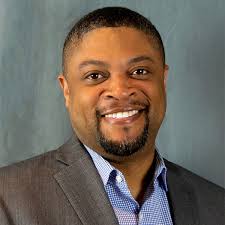 In spite of adversity and limited opportunities, African Americans have played a significant role in U.S. military history over the past 300 years. They were denied military leadership roles and skilled training because many believed they lacked qualifications for combat duty. Before 1940, African Americans were barred from flying for the U.S. military.

Civil rights organizations and the Black press exerted pressure that resulted in the formation of an all-African-American pursuit squadron based in Tuskegee, Alabama, in 1941. They became known as the Tuskegee Airmen, and later nicknamed "Red Tails."

During the 1920 and '30s, the exploits of record-setting pilots like Charles Lindbergh and Amelia Earhart had captivated the nation, and thousands of young men and women clamored to follow in their footsteps. But young African Americans who aspired to become pilots met with significant obstacles, starting with the widespread (racist) belief that Black people could not learn to fly or operate sophisticated aircraft.

For the training site, the War Department chose the Tuskegee Army Air Field in Tuskegee, Alabama, then under construction. Home to the prestigious Tuskegee Institute, founded by Booker T. Washington, it was located in the heart of the Jim Crow South.

A poster entitled Unsung Heroes was on display in the Cinebistro at the premier of the Red Tails film, alongside tables of books filled with articles, photos and information about the Tidewater Chapter of the Tuskegee Airmen Inc. On the poster was a quote: "The ultimate judge of a person's character is their ability exceed expectations when little recognition or praise is given."

During the war, the Tuskegee Airmen received over 150 Distinguished Flying Crosses to 95 flyers, including two awarded to Airmen [sic] Captain William A. Campbell, 14 Bronze Stars (4th highest military decoration), and 744 Air Medals. The Congressional Gold Medal was also presented to over 300 Tuskegee Airmen or their spouses. Barack Obama wrote that his "career in public service was made possible by the path heroes like the Tuskegee Airmen trail-blazed." The Tuskegee Airmen helped to create opportunities for people of color and led to integrated armed forces in 1948.

The Airmen's record low loss number while escorting bombers in WWII is unmatched by any other fighter group. Their services were in constant demand among the Allied bomber units. Their nearly flawless protection of the bombers, combined with the red-painted tails on their aircraft, earned them the nickname "Red Tail Angels" or "Red Tails."