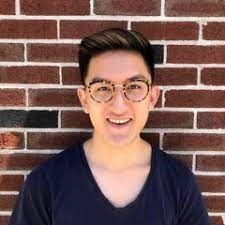 Red Rainbow is my personal response to the American HIV/AIDS crisis that began in the 1980s. Having grown up in Provincetown, Mass., where there was a large generation of individuals who lived through the epidemic, I got to experience the trauma of the health crisis. Everyone in the small town, including myself and my family, had a friend or loved one that was affected by HIV. The result, of course, was a progressive community that advocated for comprehensive LGBTQ+ friendly sexual health education. The result was a community that stood strong against a system that was failing its minority and at-risk members. The result was trying to prevent another crisis that would erase a generation.

Once I moved away from Provincetown, I found that sexual health education was poor, if not lacking, in many areas around the country. The stigma that was associated with HIV persisted and nobody wanted to talk about preventing the disease. Among younger individuals and those of my generation, I found that people considered HIV and AIDS a thing of the past -- a problem that no longer warranted attention. This is not only ignorant, but disrespectful and dangerous.

Lately, as of 2018, there seems to have been a culture shift around sexual health advocacy. It seems that, as a generation, people are talking more and more about health, whether that be sexual, mental, or physical. The need for all-inclusive, non-discriminatory health coverage is a basic human need. Comprehensive healthcare for all individuals should not and cannot ever be up for debate.

Red Rainbow is dedicated to Ron, a close family friend, who passed away from AIDS when I was a child.