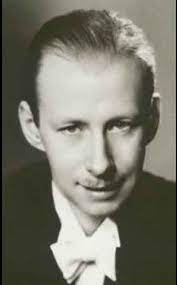 Noble studied at the Royal Academy of Music and in 1927 won a competition for the best British dance band orchestrator that was advertised in Melody Maker. In 1929, he became leader of the New Mayfair Dance Orchestra, an HMV Records studio band that featured members of many of the top hotel orchestras of the day. Noble recorded prolifically during this time and U.S. Victor released many of his recordings.

In addition to being a bandleader, composer and arranger, Noble was a radio host, television and film comedian and actor. Noble played a radio comedian opposite American ventriloquist Edgar Bergen's stage act of Mortimer Snerd and Charlie McCarthy, and American comedy duo Burns and Allen, later transferring these roles from radio to TV and popular films.

Noble wrote both lyrics and music for many popular songs during the British dance band era, known as the "Golden Age of British Music", notably for his longtime friend and associate Al Bowlly, including Love Is the Sweetest Thing, Cherokee, The Touch of Your Lips, I Hadn't Anyone Till You, and his signature tune, The Very Thought of You.