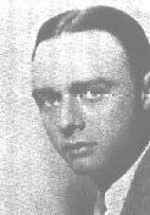 After studying at the Chicago Conservatory of Music, Henderson taught piano, was an organist, and played in dance bands in the Buffalo area. He moved to New York City and was a song endorser for publisher Leo Feist; he soon became a popular composer in Tin Pan Alley. In 1925, he began collaborating with Lew Brown and Buddy De Sylva. They worked together on many popular musicals. Among their hits were Birth of the Blues and their show Good News.

Henderson also worked as an accompanist to song and dance acts in Vaudeville. His last Broadway show was a resuscitation of the Ziegfeld Follies, one of several put on after Ziegfeld's death.