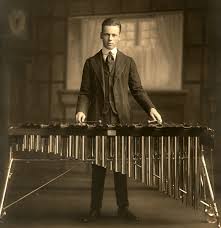 George Hamilton Green is known as one of the most prominent and important composers for xylophone. Green maintained an active life as a performer, composer, and in his later life as a cartoonist. Many of his compositions were used in the soundtracks of early Walt Disney animated shorts, and his music is considered some of the most important ragtime pieces in history. Rainbow Ripples is an up-beat, fun, fox-trot style piece for wind band and solo xylophone. The piece contains both written and improvisatory elements, and is considered a staple in the xylophone and percussion repertoire.