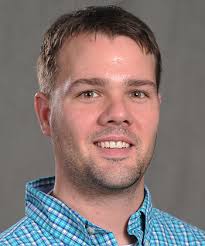 I envisioned a work inspired by the political scene of the 2008 presidential election, focusing primarily on the hard-fought Democratic primary race. I was very much inspired by the historic and hopeful spirit that each Democratic campaign embodied. That spirit, along with a tinge of sarcasm regarding the media circus that ensued, is the primary inspiration for Radiant Nation.

Radiant Nation is also the final movement of my Chamber Symphony, which was commissioned by the American Composers Orchestra. While working on the commission, I was accepted to the 2008 Cabrillo Festival of Contemporary Music and needed to write an orchestral work. I had already completed a great deal of work on the final movement of the Chamber Symphony and decided to re-score Radiant Nation for a larger orchestra to be premiered at the Cabrillo Festival. This larger version was then scored for wind ensemble, which is the one presented.