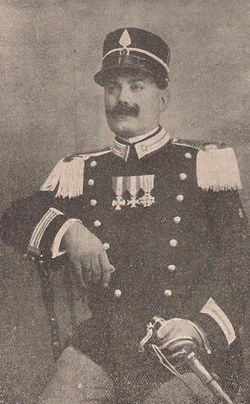 Giuseppe Manente was an important musician and conductor during the early 20th century in Italy, and was the first conductor chosen for the Guardia di Finanza military band in 1924. This was one of the first professional military bands in Italy, and he wrote more than 800 pieces for this orchestra, including a large amount of transcriptions.

Piccoli Eroi (little heroes) was written in 1926, and is a bi-thematic short symphony for band, with all the taste of early 20th century Italian music, with simple but beautiful lyrical melodies. The piece was dedicated to the unofficial soldiers of Italy, fighting around Europe,thus without appearing as heroes.