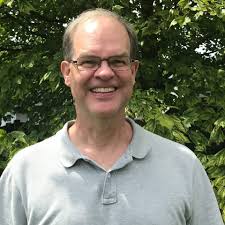 After receiving his B.M. and M.M. in piano performance from Northwestern University, he relocated to Los Angeles where he earned a diploma in composition and arranging from the Grove School of Music. His composition and orchestration teachers have included M. William Karlins, Alan Stout, John P. Paynter, Dick Grove, David Angel, Will Schaefer and Don Owens. Now back in the Chicago area, he is actively involved in musical theater and church and synagogue and is a much sought after arranger.

He has been awarded an NEA Meet the Composer/Midwest grant by Arts Midwest. and in 2014 he was winner of Best Choral Work in Labor of Love Composition Contest for Composers and Songwriters, for his setting of Langston Hughes’ I Dream a World. He was recently commissioned to write It Is as Simple as Breathing by the Verona Area Concert Band in memory of Ed Senechal, a dear friend and one of the VACB’s founders. He also was commissioned to write From Darkness to Light, A Tribute to Nelson Mandela by the San Francisco Lesbian/Gay Freedom Band.