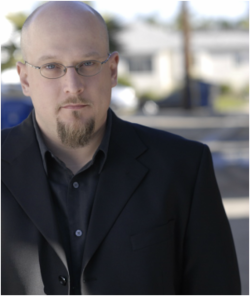 Peter Senchuk (b. 14 January 1974, Windsor, Ontario, Canada) is a Canadian-American composer and trombonist.

Mr. Senchuk began his musical training at age five on the violin and switched to trombone at eleven. He excelled in both jazz and classical performance, attending National Jazz Camp of Canada at an early age and Windsor’s High School for the Arts. He toured Europe as principal trombone with the U.S. Collegiate Wind Ensemble at sixteen. Peter earned a Bachelor of Music Degree from Wayne State University in Detroit, Mich. on a full tuition Chairman’s Scholarship. At Wayne State, Peter studied both jazz performance and composition while also performing as a professional trombonist in local Detroit orchestras and jazz ensembles. After graduation Peter relocated to Los Angeles and attended USC’s prestigious Scoring for Motion Pictures and Television Program and received an Artist’s Diploma.

Mr. Senchuk's concert works have been performed throughout the world and range in scope from solo and chamber works to big band, flute choir and orchestra. The music he composes captures his unique voice which draws on his jazz and classical training to create works filled with rhythmic intensity, fresh harmonic color and captivating melodic lines.

In addition to concert works, Peter has also scored many independent films and received awards at the Park City Film Music Festival. In addition to composing he is the conductor of the LAFO and an active freelance trombonist. He has a large private studio of trombone students and is a low brass specialist in the Santa Monica Malibu Unified School District.