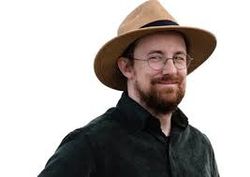 Peter Gilbert (b. 1975, Louisville, Ky.) is an American composer and educator.

Gilbert has taught composition, electronic music, music theory and music history at Harvard University, Wellesley College, Northeastern University, University of Massachusetts-Dartmouth, Case Western Reserve University, and the Cleveland Institute of Music. He was co-founder of the Young Composers Program at CIM and its Co-Director from 2003-2010.

Dr. Gilbert's work combines traditional instrumental writing with elements of improvisation, live-performed electronics, and other media. His music, whether in multi-media theater, film, installation or a traditional concert, thrives on the act and art of collaboration. He writes: “My music usually aspires to create a sonic architecture that helps us lose our sense of time completely and allows us to partake in a kind of more direct aural experience. Counterpoint, whether medieval or romantic, is another vital part of my musical self and so such melodic/harmonic/rhythmic entities may also float through the sound environment or perhaps the sound environment is lingering in clouds behind contrapuntal floes. Either way, I love the feeling of being enveloped in a musical experience. I search for musical moments that can conjure up secret passageways to transcendence—that we performers, collaborators, listeners can conjure together.”

His multi-media opera dreimaldrei gleich unendlich (trans: 3x3=∞), written with partner, Karola Obermüller, was premiered in 2009 as part of the Musik der Jahrhunderte festival in Stuttgart. Gilbert was also part of a collaborative group of composers who received a Siemens Foundation grant for the experimental music theatre piece Robert S. produced with Theater Bonn.

He currently [2021] teaches at the University of New Mexico as associate professor of composition.