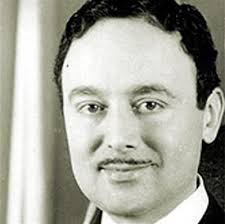 De Rose as a boy exhibited a gift for things musical. He learned to play the piano from an older sister but composing music was a gift that saw him have his first song published by F. B. Haviland Pub. Co. at the age of eighteen, Tiger Rose Waltzes. After finishing high school (DeWitt Clinton High School), class of 1917, he found a job at a music store as a stock room clerk but a highly successful 1920 composition called When You're Gone, I Won't Forget led to his being hired by the New York office of the Italian music publisher G. Ricordi & Co.

In 1923 he met ukulele musician May Singhi Breen (1895–1970) performing on radio with a female ukulele group known as the Syncopators. A personal relationship developed and she left the group to join De Rose in a musical radio show on NBC called the Sweethearts of the Air in which he played piano and she performed on the ukulele. The popular show ran for sixteen years, during which time the two entertainers were married. The show not only provided them with a good living, but was also a vehicle for the introduction of a number of his compositions.

De Rose collaborated with a number of prominent lyricists such as Charles Tobias, Al Stillman, Carl Sigman, Billy Hill. Much of his music was of the jazz and pop variety during the Tin Pan Alley era. Some of De Rose's best known works are Deep Purple, Wagon Wheels, Somebody Loves You, and Have You Ever Been Lonely?.

In 1970, Peter De Rose was inducted into the Songwriters Hall of Fame.