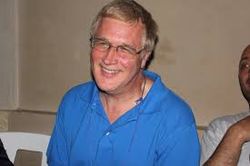 Commissioned and composed for the 80th anniversary of the United States Army Band 'Pershing's Own'.

General of the Armies John Joseph "Black Jack" Pershing GCB (September 13, 1860 – July 15, 1948) was a senior United States Army officer. He served most famously as the commander of the American Expeditionary Forces (AEF) on the Western Front in World War I, 1917–18. In addition to leading the A.E.F. to victory in World War I, Pershing notably served as a mentor to many in the generation of generals who led the United States Army during World War II, including George Marshall, Dwight D. Eisenhower, Omar Bradley, Lesley J. McNair, George S. Patton and Douglas MacArthur.

Pershing was also the founder of the United States Army Band 'Pershing's Own,' Washington, D.C.