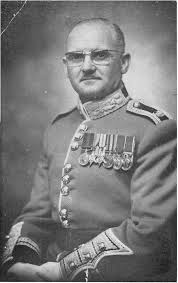 This march is named after the range of hills near Edinburgh, Scotland, where it was composed. It is based on three Scottish airs: The Lass O' Gowrie, John Anderson, My Jo,' and Rowan Tree. The march is very popular with the British bands and its featured by H.M. Scots Guards in the ceremony of Trooping the Colour.

Major James H. Howe was born in County Durham, England. He started his study of the cornet and piano at the age of nine, eventually leading to a musical career that began as a bandsman in the Royal Scots Army Band. Songs in this piece include "Lass O' Gowrie," "John Anderson, My Jo," and "The Rowan Tree." Pentland Hills is among his most popular marches, which also include "Sterling Castle" and "Glasgow Fair", all published by Southern Music.