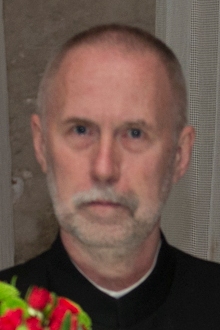 In his youth Vähi learned to play the accordion, the piano and the double bass. In 1974 he began composition studies in the Estonian Academy of Music under the supervision by Prof. Eino Tamberg, graduating as composer in 1980.

Peeter Vähi has worked as a free-lance composer and a record producer; also as a concert producer in the Estonian National Concert Institute (1990–2000). Currently he is the artistic director of ERP (Estonian Record Productions) and of international music festivals − Eastern Music Festival Orient (1992 − present day), Glasperlenspiel Festival (1995 − present day). He is a member of the board of Estonian Composers’ Union, the vice-chairman of the council of the Estonian Institute of Buddhism, a full member of Estonian Academic Oriental Society, the member of Culture Council of the Estonian President (2001−2008), and the president of Drikung Kagyu Ratna Shri Centre (1992−2005).

Peeter Vähi’s works are characterized by broad-minded stylistic versatility, listener-friendly sound, skilful application of exotic instruments and electronic facilities, a wide range of moods from philosophical and meditative right through to baroque movements. His most important works are oratorio Mary Magdalene Gospel, Mystical Uniting for chamber ensemble, Call of Sacred Drums for percussion ensemble and symphony orchestra, cantata Supreme Silence for mezzo-soprano, male choir and handbells, Chant Of The Celestial Lake for flute and orchestra., cantata Green Tārā for female soloist, female choir, trombones and percussions, A Chant Of Bamboo for shinobue-flute and chamber orchestra.

His music has been performed at the Estonian National Song Festivals, in the White House in Washington DC, in a Japanese Buddhist Temple, at the 50th anniversary celebrations of UNESCO in Strasbourg and at the Luzhniki Arena in Moscow.