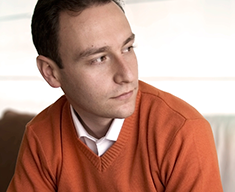 Pedro Alejandro Sarmiento Rodríguez (b. 1977) is a Colombian composer.

He studied classical guitar and musical composition at the Department of Music of the National University of Colombia where he received his degree in 2000, his teachers being Sonia Díaz and Blas Atehortúa. Since then he has dedicated himself to composing music for bands, orchestras, chamber groups and solo instruments.

Sarmiento's works have been premiered and performed in Germany, Argentina, Brazil, Colombia, Spain, the United States and Venezuela, by groups such as the National Symphony Orchestra of Colombia, Philharmonic Orchestra of Bogotá, and the group of soloists of the Berliner Deutsche Oper. among many others.