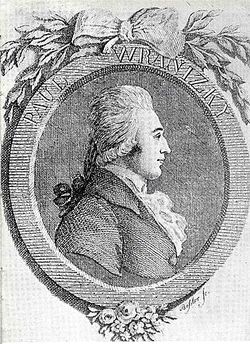 Wranitzky studied at the Faculty of Theology of University of Olomouc and later a theological seminary in Vienna. At age 20, like so many other Czech composers of that period, he moved to Vienna to seek out opportunities within the Austrian imperial capital.

From 1790, he conducted both royal theater orchestras. He was highly respected by Mozart, Haydn and Beethoven; the latter two preferred him as conductor of their new works (e.g., Beethoven's First Symphony, in 1800). Wranitzky was a prolific composer. His output comprises ten operas, 44 symphonies, at least 56 string quartets (some sources give a number as high as 73) and a large amount of other orchestral and chamber music. His opera, Oberon – The Fairy King from 1789 was a favorite in this genre and inspired Emanuel Schikaneder to write the libretto of The Magic Flute for Mozart in 1791; in the mid-1790s, Goethe sought to collaborate with Wranitzky on a sequel to the Mozart opera.

Although some scholars believe that he studied with Haydn, there is no proof of this. But there can be no question that he studied and was influenced by Haydn's quartets. Like Haydn, Wranitzky's quartet writing went through many stages of development beginning with the pre-classical and evolving to the finished sonata form of late Viennese classicism. The majority of his quartets are in three movements; many share the qualities of the Parisian quatuor concertant, with virtuoso writing in all four parts. In these works, he explored the emerging Romantic style with (for the time) daring harmonic progressions, theatrical gestures and virtuoso display.