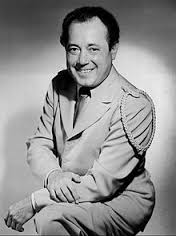 Graduating from Beacon High School, Lavalle planned to study law at Columbia University. After winning a scholarship there, Lavalle studied music at the Juilliard School and was a student of composition of Joseph Schillinger. He performed in many 1930s bands, including one in Havana, Cuba. In 1933 he became an arranger and clarinetist in the NBC house orchestra. His composition Symphonic Rhumba (1939) was broadcast by the NBC Symphony Orchestra, conducted by Leopold Stokowski, on December 6, 1942.

Lavalle worked on numerous radio programs, including The Dinah Shore Show (1939–40), The Chamber Music Society of Lower Basin Street (1940–44), Plays for Americans (1942), and Highway of Melody (with the Band of America (1944–56). Lavalle was selected over several applicants to become the conductor of the Band of America in 1948. They performed a weekly radio program on NBC Radio for eight years and almost 400 programs.