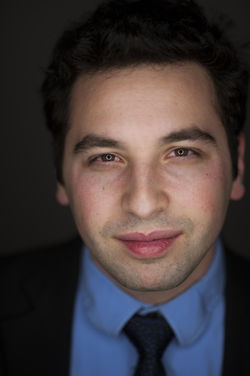 Paul Frucht (b. 1989, Danbury, Conn.) in an American composer an educator.

Frucht's music has been hailed for its “sense of lyricism, driving pulse, and great urgency” (WQXR). His music has recently been performed by the American Composers Orchestra, Atlantic Music Festival Orchestra, and at the piano Sonoma Music Festival, where he was composer-in-residence from 2014-2015.

He is the recipient of a Morton Gould Young Composer Award from ASCAP, a Charles Ives Scholarship from the American Academy of Arts and Letters as well as Juilliard’s Gena Raps Chamber Music Prize, Arthur Friedman Award, and Palmer Dixon Prize. This past year [2016], he received the American Composers Orchestra’s Audience Choice Award for his work Dawn, which was performed by the ACO as part of the 25th Annual Underwood New Music Readings. In 2015, Paul launched the Danbury Chamber Music Intensive, which champions the work of Danbury native, Charles Ives, as well as today’s living American composers.