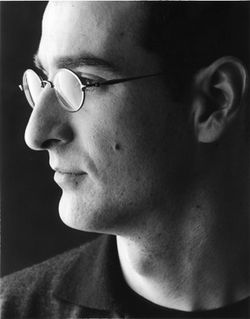 Pataruco was originally composed for percussionist Ed Harrison, one of the leading exponents of maracas technique in the U.S. The solo part showcases Harrison's specialty, the style of maraca playing found only in the folk music of Venezuela and Colombia. In their original context, the virtuosic gestures performed by the maracas are never notated. They are transmitted aurally. Devising a system to notate this performance practice presents a serious challenge for both composer and performer: it can become an obstacle rather than an aid to express the subtle nuances of this seemingly arcane performance style.

After consulting with Ed Harrison, and after studying Javier Álvarez's Temazcal, the only other score I was familiar with that incorporated this specific performance practice, I decided to approach the maraca part by notating the resulting rhythmic patterns rather than notating the intricate mechanics that must take place in order to create the desired effects (as in the case of Álvarez's Temazcal). Therefore, the solo part is meant for percussionists experienced in this particular technique, and it will make sense only to such percussionists. Dynamic markings in the maraca part do not indicate different volume levels in the traditional sense. Instead, they indicate different intensity of articulation in addition to different orientations of the maracas in space. The maracas should never be amplified.

Motivated in part by his desire to perform Pataruco, Venezuelan maraca virtuoso Manuel Alejandro Rangel conceived and published in 2017 a groundbreaking method of playing and notation maracas titled Cinco Movimientos son la Clave. The wind symphony version of Pataruco includes both Lorenz's original solo part as well as Rangel's edition that relies on his own method.