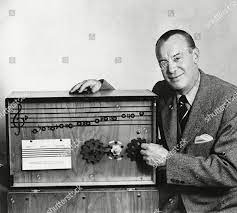 Ballard attended Troy High School and played drums at Rorick’s Glen before going to the University of Pennsylvania, where he organized the first college dixieland band.  Ballard played clarinet in an orchestra which, in 1919, made the first talking picture featuring instrumental music.  He then became associated with Fred Waring, for whom he wrote many of his college shows.

As a composer, Ballard wrote scores of songs, radio scripts, and productions.  After writing his song Oh Baby Mine in 1954, he decided to write another song.  He wrote Mr. Sandman, which he took to Curly Johnson of Elmira.  His orchestra tried it and found it to be well received.  Ballard sent it to his publisher, but nothing happened.  The tune appeared on the B side of a record of Mombo, recorded by Vaughn Monroe.  In November of that year, Archie Blyer decided to record it with the Chordettes.  It was an overnight smash.

Pat Ballard was an original member of the American Society of Composers, Authors, and Publishers.