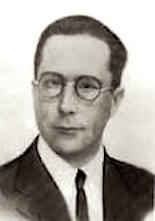 Perez Choví's most famous work is the pasodoble Pepita Greus, which was composed when he was made leader of the Alginet Band. His pasodoble Flores de España is also well known.