Partita for 8 Voices and Wind Ensemble 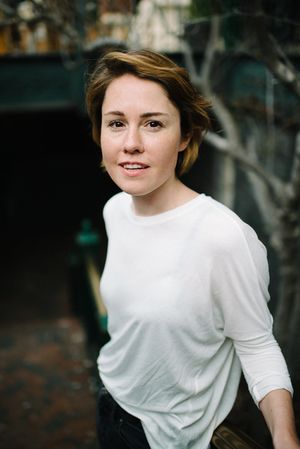 Partita is a simple piece. Born of a love of surface and structure, of the human voice, of dancing and tired ligaments, of music, and of our basic desire to draw a line from one point to another. The spoken text pulls from wall drawing directions of Sol LeWitt, square dance calls, found phrases from an urban environment, and original writings by Caroline Shaw. The familiar tune in the middle of the third movement, Courante, is from the 1856 hymn "Shining Shore" by Mr. George F. Root.

- Program Note by Caroline Shaw in Partita for 8 Voices

The extended techniques in most of the wind and percussion parts are the transcriber's attempt to achieve a facsimile of Shaw's original vocal techniques. These include world and proprietary techniques including Tuvan Throat Singing (xöömei, kargyraa, and sygyt), Inuit Throat Singing, closed-mouth sigh, P'ansori gesture, "eat your sound", yodel break, pitch bend, and timbral modulations.

At 30, Shaw became the youngest recipient of the Pulitzer Prize for Music for her composition Partita for 8 Voices. The jury citation praised the composition as "a highly polished and inventive a cappella work uniquely embracing speech, whispers, sighs, murmurs, wordless melodies and novel vocal effects."

The work comprises four movements inspired by baroque dance forms: Allemande, Sarabande, Courante and Passacaglia. A recording of the work was released by New Amsterdam Records on 30 October 2012, performed by the ensemble Roomful of Teeth. According to Steven Mackey, chair of the Department of Music at Princeton, this is the first Pulitzer Prize awarded to a member of the department. (Milton Babbitt was awarded a Pulitzer citation in 1982 for his life's work as a composer.)