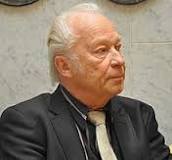 This work bears the designation Opus 72.

This work is derived from the opera The Palace composed by Sallinen in the early 1990s. The original score was commissioned by the Savonlinna Festival and premiered on 26 July 1995. Performances by the New York City Opera occurred in 1998.

The plot of the opera deals with the last emperor of Ethiopia and is based on characters from Mozart's Abduction from the Seraglio and a novel by Ryszard Kapuscinski titled The Emperor. The composer said his wind arrangement is based on those from the classical era.