Pageant of London, The 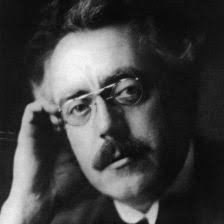 Frank Bridge composed the five movements that comprise this suite for the coronation celebrations of George V. The Pageant of London, part of the Empire Pageant, was presented at the Crystal Palace, Upper Norwood, from 8 to 28 June 1911 and involved over 15,000 performers from all the London boroughs. The event spanned four days and presented the history of London in a series of 28 tableaux. Bridge provided the music for two of these, numbered scene 4 and scene 5, but which the commentary published in The Musical Times of June 1911 and the official programme book gave as Part 2, scene 3 and scene 4. The tableaux in Scene 3, The Passing of Medievalism, were presented by the boroughs Wimbledon, Merton and Putney. Scene 4, New Discoveries, was presented by the people of the Borough of Paddington.

The first tableau in Scene 3 portrayed Richard III’s departure from London on 11 May 1485 bound for Bosworth Field and his final battle. It was set on Ludgate Hill. The third tableau revealed the royal procession of the Henry VII, who had been crowned on Bosworth Field following his victory over Richard III, as it passed by the steps of St. Paul’s Cathedral, on his triumphant progress through the City of London.

Bridge drew on a number of existing sources for about half of his incidental suite. The main section of the triumphal March, Henry VII, is a transcription, down a tone, of an organ work originally composed in 1905 and subsequently published in his First Book of Organ Pieces.

The Pavane and La Romanesca, in Scene 4, New Discoveries, are arrangements from Renaissance sources. The former, an arrangement of Belle qui tiers ma vie from Arbeau’s Orchésographie (1588), predates by 15 years Peter Warlock’s more widely known arrangement from his Capriol Suite.

The other items, equally straightforward in style, were new: the Solemn March for Richard III, the trio of the second march (including triumphant peeling of the Westminster chimes) and the pastiche minuet which serves as the introduction in First Discoveries. A short setting for unaccompanied male voices of lines by Seneca completed Bridge’s contribution.

These pieces were Bridge’s only works for wind band. Late in 1927 he turned down a commission from the BBC to write a short symphonic poem or overture for the BBC Wireless Military Band. The commission was then offered to Holst, who composed Hammersmith: Prelude and Scherzo in response.