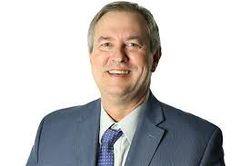 Pacific Heights draws its title from the famous historic San Francisco neighborhood of the same name. Established in the late 1800s, this area of the city embodies Hollywood’s vision of San Francisco with its views of the Bay and the Golden Gate Bridge.

While the music is not intended to be programmatic, it captures some of the great sites of the city: the majestic Golden Gate Bridge, the rocky island which is home to our country’s most infamous prison, as well as the many moods of this city known for its diversity, flower-power, steep rolling hills, earthquakes, and chilly winds off the ocean.

Accomplished groups will enjoy performing this outstanding work and benefit from the challenges it presents. Creative and finely crafted, it provides a significant addition to upper-level literature.