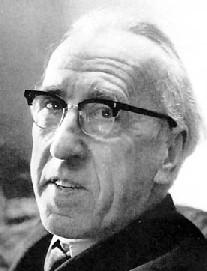 The work bears the designation Opus 24.

Originally composed in 1937, the overture contains a pulsating and driving rhythmic force which is balanced by the flowing secondary theme. As Hunsberger describes, “The orchestral colors are in a class of their own, ranging from overwhelming fortissimos to chamber effects to raucous splashes of wind and percussion energy.”

As the son of a mathematician, Dmitri Kabalevsky was encouraged by his father to study math and economics. Kabalevsky, however, showed an early aptitude for the arts and started his formal music education at the Scriabin School of Music in Moscow when he was fourteen. He entered the Moscow Conservatory in 1925, where he studied composition with Nikolai Miaskovsky and earned a full professorship in 1939.

Kabalevsky was a composer during a period in Russia’s history that was full of stylistic constraints for artists. His music embodied the Russian government’s music ideology which was reminiscent of Russian folk songs and steered clear of modernism.

Kabalevsky’s first opera, Colas Breugnon: Master of Clamecy, was based a novel of the same name by French author Romain Rolland. The story centers on the love life of a scalawag wood carver, Colas Breugnon, who is antagonized by a villainous Duke. The spirited music in the comedic opera turns dramatic when soldiers return and introduce a plague to the village and the Duke orders the wood carvers’ statues burned. The comedy returns when the wood carver gets revenge on the Duke by carving a statue of the Duke riding backwards on a donkey for the entire village to see and enjoy. The excitement and brisk nature of the overture has not only made it a favorite in orchestra halls, but transcriptions by Harding, Beeler, and Hunsberger for wind band have also ensured its popularity in the wind band genre.

This overture is a brisk, brilliant, and high-spirited piece, written as the curtain raiser of Kabalevsky's opera based on Romain Rolland's lusty novel of life in Burgundy, France, during the 16th century. The hero of the story has something in him of both Robin Hood and Francois Villon (a French lyric poet who was banished from Paris in 1463), and Kabalevsky has written music admirably fitting this character.