Overture from "Dragon Quest I" 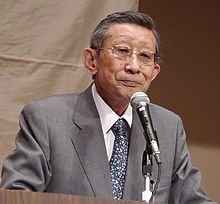 Dragon Quest, titled Dragon Warrior when initially localized to North America, is the first role-playing video game (RPG) in the Dragon Quest media franchise. It was published by Enix in Japan in 1986. The player controls the hero character who is charged with saving the Kingdom of Alefgard and rescuing its princess from the evil Dragonlord. Dragon Warrior's story became the second part in a trilogy, with several spinoff anime and manga series. As a whole, Dragon Warrior has been credited with establishing the basic template for subsequent Japanese console RPGs.

Koichi Sugiyama, the game's music composer, solicited Enix via a PC game's feedback questionnaire. He was already a well-known television composer, and, upon seeing his feedback, Fukushima contacted him to confirm that "he was the Sugiyama from television". Fukushima asked Sugiyama to compose a score for Dragon Quest. The game's classical score is Sugiyama's second video game composition after Wingman 2. He said it took him five minutes to compose the original opening theme, and noted the difficulty in adding a personal touch to the short jingles, but that his past experience with creating music for television commercials helped. According to Sugiyama, a composer has between three and five seconds to catch the audience's attention through music. The theme and his other jingles for Dragon Quest have remained relatively intact in its sequels. The game's synthesized soundtrack has been orchestrated, and its music has been performed at numerous concerts.