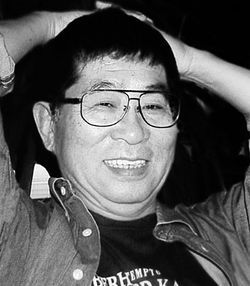 Overture for Symphonic Band is comprised of musical elements from the Eastern and Western hemispheres, creating many interesting colors and musical devices. The West has been fascinated with Japanese culture for centuries, especially after the popularity of Giacomo Puccini's Madame Butterfly, which premiered in 1904. Many European composers, including Claude Debussy, were influenced by the exoticism of Eastern musical devices, such as the pentatonic scale and static harmony.

This work resembles the form of a seventeenth-century French overture, with a slow introductory section in triple meter that incorporates dotted rhythms, followed by a quick "Allegro" section in cut-time.

Overture for Symphonic Band was composed in 1970 at the request of the Yamaha Concert Band, which premiered the work in the spring of 1971.