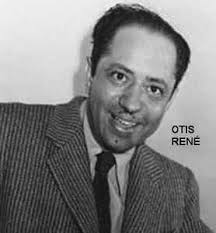 Prior to devoting his full-time efforts to music, Otis René was a pharmacist in New Orleans. During the 1940s, with his brother, Leon René, Otis René established and ran the independent rhythm and blues labels Exclusive Records and Excelsior Records.

As a songwriter, he is notable as the co-author of When It's Sleepy Time Down South, which became a signature song for Louis Armstrong.