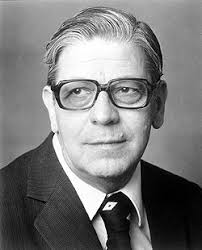 Morawetz studied piano and theory in Prague and, following the Nazi takeover of his country in 1938, studied in Vienna and Paris. At the age of 19 he was recommended by George Szell for the assistant conductor's post with the Prague Opera. In 1940 he left Europe for Canada where he began teaching at the Royal Conservatory of Music in 1946, and in 1952 was appointed to the University of Toronto where he was professor of composition until his retirement in 1982.

In 1971, From the Diary of Anne Frank won a Juno Award for "Best Classical Composition" in 2001. His Concerto for Harp and Orchestra also won a Juno award in 1989. On three occasions, Morawetz was awarded a Canada Council Senior Arts Fellowship (1960, 1967, 1974) for his contribution to Canadian music. In 1987, Morawetz received the Order of Ontario and in 1989 he received the Order of Canada for his "outstanding achievements and service". SOCAN honoured Morawetz in 1994 and in 1999. He was also awarded an honorary diploma from the Royal Conservatory of Music (1998), and the Golden Jubilee Medal (2002).