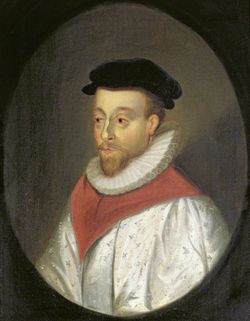 Gibbons was born into a musical family where his father, William Gibbons, was a wait street musician, his children being expected to follow his footsteps. It is not known under whom he studied, although it may have been with his father, an older brother or the most famous composer of the time, William Byrd. Irrespective of his education, he was musically proficient enough to be appointed an unsalaried member of the Chapel Royal in May of 1603 and a full fledged gentleman of the Chapel Royal as junior organist by 1605. By 1606 he had graduated from King's College, Cambridge with a Bachelor of Music degree.

Throughout his professional career, Gibbons had increasingly good relations with many important people of the English court. King James I and Prince Charles were very supportive patrons and others, such as Sir Christopher Hatton, even became close friends. He was a part of the first printed collection of English keyboard music, Parthenia, and other compositions were published in his lifetime, like First Set of Madrigals and Motets which included the best known English madrigal, The Silver Swan. Other notable compositions include This Is the Record of John, the 8-part full anthem O Clap Your Hands Together and two settings of Evensong. The most important position achieved by Gibbons was his appointment in 1623 as the organist at Westminster Abbey which he held for two years until his death.

Gibbons was the most renowned organist of his time, and by perfecting Byrd's foundations of the English madrigal, full and verse anthems, he paved the way for a future generation of English composers. This generation included his oldest son Christopher, who would teach John Blow, Pelham Humfrey and most notably Henry Purcell, the English pioneer of the Baroque era. Gibbons has been described as "not merely to a significant figure in music's past but to a composer who can still speak directly to the present."