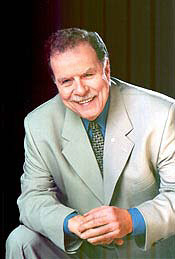 Ontario Pictures is one of six pieces for concert band that premièred July 1, 1986, at the Canada and Ontario Pavilions at Expo 86 in Vancouver. Funded by the Ontario Arts Council, the Northdale Concert Band commissioned each of six composers to create a six-minute work to mark the International Year of Canadian Music.

Each composer was requested to create an entertaining piece appropriate for national and heritage events -- to provide melodic, festive, and accessible music to foster the atmosphere of a celebration. Cable’s composition was the first of these six works to be published. It is a work in three movements for senior high school, post-secondary, community, or professional concert band.

Toronto Star music critic William Littler referred to the piece as “brightly painted sketches evoking the atmosphere of Thunder Bay, Point Pelee and the 19th century world of Kingston’s Fort Henry” -- a reference to the name of each of the three movements. Ontario Pictures is indeed a melodically pleasing work for band and is quickly becoming a Canadian band classic.

This three-movement piece offers an enjoyable challenge to every section of the band. The nautical flavour of the first movement, Downbound from Thunder Bay, reflects the hustle and bustle of Great Lakes transportation. The lyrical trumpet solo in the second movement, Point Pelee, evokes images of a quiet stroll through the Point Pelee bird sanctuary on the shores of Lake Erie. The final movement, Old Fort Henry -- a traditional British full-dress march reminiscent of Victorian Upper Canada -- can also be programmed to stand alone: perfect for an encore.

Each of the three pictures began with mental images and sense perceptions.

I have had a lifelong fascination with the lore of the Great Lakes. On becoming principal guest conductor of the Thunder Bay Symphony, I was at the Lakehead often and had many opportunities to dock walk and to talk with shipmates and crewmen. I learned much about the traditions, the trade, and the history of Great Lakes shipping, and the writing came quickly thereafter. There is an irony in the fact that the piece began at a time when this mode of transportation was rapidly becoming obsolete.

At Point Pelee one can find the quiet calm that leads to a oneness with nature. And there are millions of birds to give the tranquility a twinkle. It is the perfectly peaceful place, and that is what dictates the form. The joining of sunlit, multi-coloured foliage with shining water suggested a warm afternoon with solo trumpet, surrounded by woodwind filigree.

To be inside Old Fort Henry in Kingston is to return to the past century and to feel the frontier as it was around 1840, for that is the year my great-great-grandfather was stationed there with the British Army. When I am at the fort, I sense the military traditions of Queen Victoria’s time, and in the march I have tried to capture the feel of the empire 100 years ago. History tells us that the fort maintained the alert, ready to repulse an invader -- who never came.