On the Nature of Revolutions 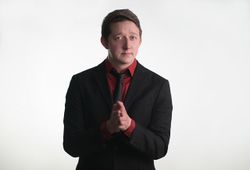 On the Nature of Revolutions is a tone poem depicting three revolutionary events in American history: the Revolutionary War, the Industrial Revolution, and the Civil Rights Movement. These three commentaries, rather than being presented separately, are interwoven into a single movement. This simultaneous presentation of ideas highlights the similarities and differences between each, and challenges the habit of parsing each into distinct moments in history. On the Nature of Revolutions insists that these historical moments started centuries before their culmination, and their effects continue to resonate in the present day.

The piece begins where each of these three stories begin -- on the water. Water wheels power the Western world while ships sail to the eastern shore, some holding pilgrims, some holding slaves. Despite the starkly different contexts surrounding the origins of each revolution, none of them would have survived without hope through those years. This scene is depicted through water sounds beneath an abstracted quotation of We Shall Overcome, foreshadowing the struggle of the Civil Rights era, and running parallel to the struggle of survival for early Colonial Americans.

In the midst of gridlock, each of these narratives reach a critical point of reflection. Will America win its freedom? Will Black Americans find protection from vehement and violent racial discrimination? Will impoverished workers survive the changing markets? (more on website)