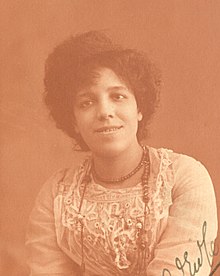 On Parade is an English “quick step” march featuring a typical first and second strain, trio, and an unusual secondary trio area that modulates the piece to a third tonal area.

The original 1914 version of the march was published under the male-sounding pseudonym Montague Ring.

The 2020 edition resolves several practical and stylistic issues with the available 1914 Boosey & Hawkes score-less parts that can be found through the U.S. Library of Congress or IMSLP. Instrument parts have been struck or added to modernize the instrumentation. Stylistically, the dynamic range has been expanded and several courtesy slurs and articulation markings have been added to facilitate cleanliness of lines and phrases. Rehearsal letters, measure numbers, and a tempo marking have been added for convenience and errata has been fixed.