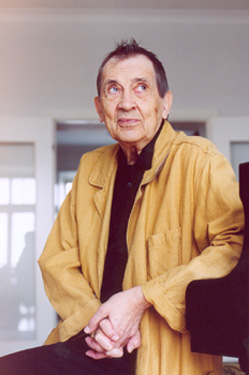 Written in 1962, some years before Soldier’s Mass, one of his well-known works for winds, the octet has a rather unusual instrumentation, calling for four woodwinds as well as four brass instruments, which means flute, oboe, clarinet and bassoon plus two horns, one trumpet and one trombone (1111/2110).

Faithful to his compositional style, Rautavaara likes first to choose the instrumentation of a piece, where the music can only then “grow organically” as a concept.

Rautavaara writes in the program notes on his orchestral piece Autumn Gardens, “I have often compared composing to gardening. In both processes, one observes and controls organic growth rather than constructing or assembling existing components and elements. I would also like to think that my compositions are rather like ‘English gardens’, freely growing and organic, as opposed to those that are pruned to geometric precision and severity.”