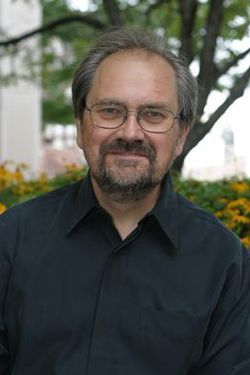 Subtitle: It Began with a Dream

The instrumentation for Octet – flute, clarinet, two bassoons, two trumpets, and two trombones – is taken from Igor Stravinsky’s famous Octet for Wind Instruments from 1922. The title alludes to Stravinsky’s well-known remarks about his composing this piece: “The Octour began with a dream. I found myself (in my dream state) in a small room surrounded by a small number of instrumentalists who were playing some very agreeable music. .....I looked again and saw that they were playing bassoons, trombones, trumpets, a flute, and a clarinet."