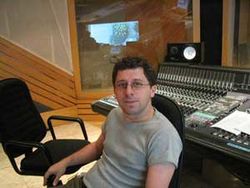 Nordestina was influenced by music of the region by the same name in Northeastern Brazil. The work reflects a style called baião, characterized by a simple driving rhythmic pattern (tresillo) played on a low drum (zabumba). In original form, the rhythm was accompanied by a contrasting pattern on a triangle and improvisation by flute or accordion. Baião was a lesser-known musical style associated with rural cultures until experiencing mainstream popularity in the mid-twentieth century.

Nordestina, a musical tribute to Moreira’s early Brazilian influences, was commissioned in the fall of 2019 and was premiered by the Belmont University Wind Ensemble on February 7, 2020.

"Nordestina" is Portuguese for "northeastern."