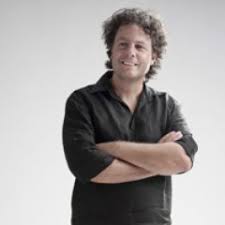 2018 is the anniversary of the end of the World War I, a traumatic event that marked the European continent and beyond. The work No War by the Italian composer Marco Somadossi aims to be a Loud and decisive message against all wars that devastate and brutalize humanity.

The theme of this composition is immediately evident from the title, which almost requires no further explanation. It will never be possible to represent or reproduce the full implications of a tragedy such as war, all too often forgotten, concealed, exploited or written off as being an evil that is "necessary" for the development of civilization. War changes the course of human history: man kills man, fathers bury their sons, children take up arms, and mankind is devastated by evil, choosing death over life. The atrocities, repeatedly perpetrated and evident to all observers, are an offence to human dignity. Yet they are tolerated and, at times, even re-interpreted as inevitable remedies for "obstacles" to the global economy, in order -- it would seem -- to build "a better world". And all this goes on despite the fact that the terrible scars left by past wars are still evident and should serve as a warning to ensure that such tragedies do not return to devastate our world.

No War is thus a heart-felt protest against any form of culture that justifies war as a means of gaining wealth and power, satisfying the economic needs of the richest countries at the expense of the poorest nations. In so doing the one truly fundamental value is annihilated, that of human life.