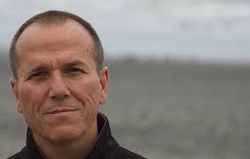 This California-based composer writes, almost entirely, vocal music unmistakably inspired by liturgical chant and the masters of the Renaissance and Baroque, but filtered through a musical sensibility informed by the works of 20th-century modernists: beauty ever ancient, ever new. La Rocca has received grants, commissions and awards from the National Endowment for the Arts, California Arts Council, the Foundation for Sacred Arts, Young Women's Chorus of San Francisco, Diocese of Oakland, ASCAP Foundation, USC Thornton Chamber Singers, Vanguard Voices, London Festival of Contemporary Church Music and many others.

Trained as an academic modernist during his degree studies at Yale and University of California, Berkeley, La Rocca came to see this approach as a barrier to authentic musical expression, and spent many years in search of a personal creative language. His catalog includes works in all genres, with an emphasis on a cappella sacred choral works. No Strings, a study in the minimalist style of the later part of the 20th century, is his only work for the modern wind band and was commissioned for the 1993 California All-State Band.